One of the most prominent features in long-term global climate changes is the polar amplification: a large warming in the Arctic and retreat of sea ice coverage. Recent studies have indicated that the warming is surface intensified. The surface warming influences the vertical structure of the atmospheric planetary boundary layer and hence the surface wind stress, an important meteorological parameter driving the ocean circulation and sea ice variability.  In this project, we propose to investigate two mechanisms by which the surface warming may affect the surface wind stress. The first one is warming-induced destabilization of the planetary boundary layer and the resultant strengthening of the surface wind stress by increased downward mixing of momentum. The second one is due to an adjustment of air temperature and surface pressure, which generates large wind variations near the surface temperature fronts. These two mechanisms have been shown to be important in the observed SST-wind coupling in low- and mid-latitude oceans, but have not been thoroughly examined for their role in the Arctic climate system. We propose to adapt a high-resolution (~5 km) regional atmospheric model that is suitable for Arctic applications. First, we will utilize the available data (satellite, buoy and in situ) and atmospheric reanalyses products (NCEP and ERA) to perform a simple momentum budget analysis to understand the observed wind-SST relationships in the Arctic. A full momentum budget study will be carried out with the regional atmospheric model simulation to clarify the dominant physical processes involved in the wind response to changing Arctic surface conditions. We will examine to what extent the small-scale variations in surface properties associated with basin-wide retreating sea ice and warming SST affect the near-surface wind, and assess how important this is to the circulation of Arctic Ocean and sea ice. We fully expect that this project will lead to a more comprehensive study to be funded by external agencies (e.g., NSF OPP). Developing a regional Arctic atmospheric model will fill a large gap in WHOI’s Arctic research capability. We anticipate collaborations with the broad Arctic research community of both observers and modelers in the future. 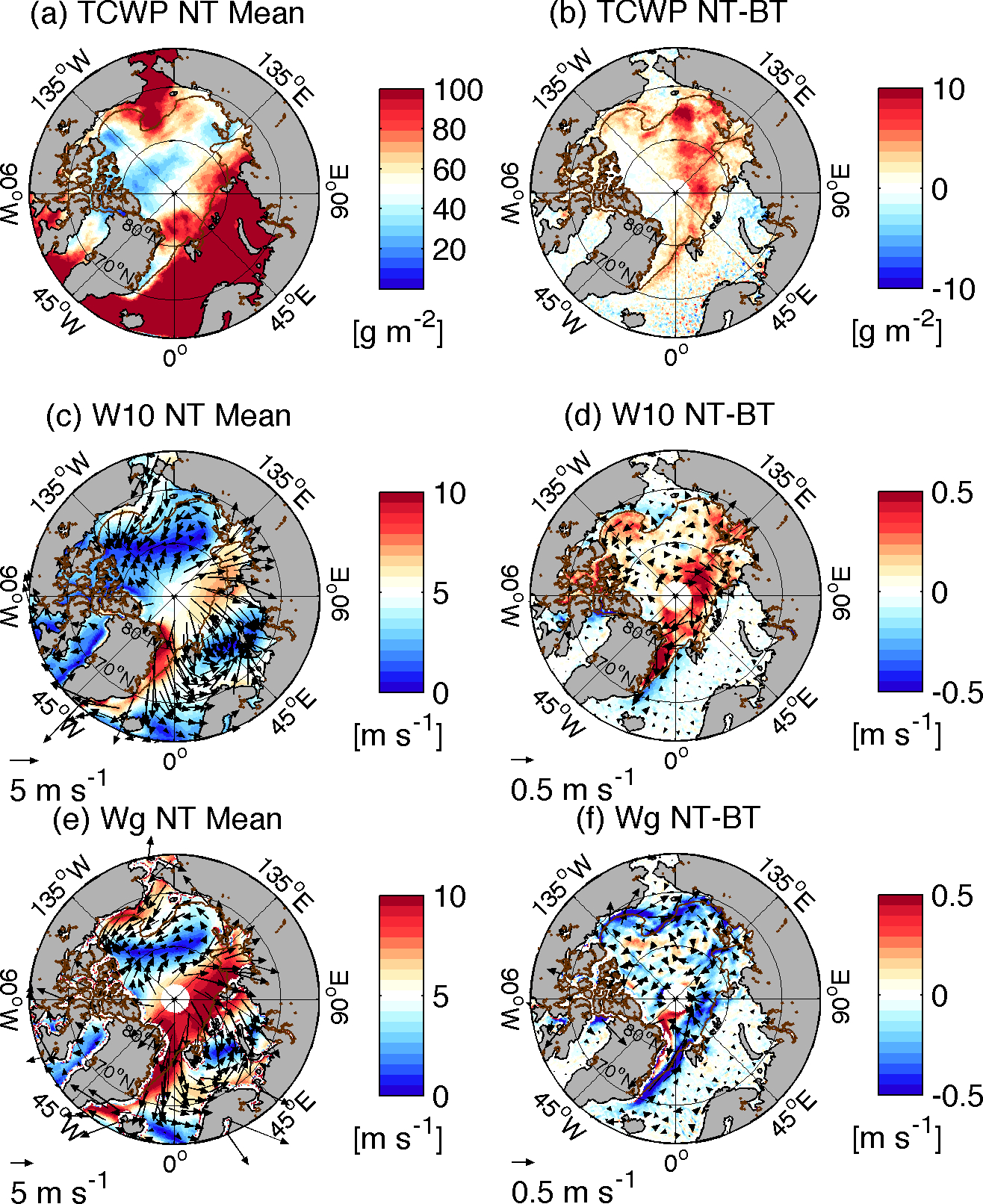