The Bay of Bengal (BOB) and the Arabian Sea (AS) are strongly coupled to the atmosphere but in a somewhat different way. In the summer monsoon, the BOB is warm and fresh with shallow and stratified mixed layer maintained by the river discharges. The diurnal variation in insolation modulates the mixed layer stratification, and the resultant air-sea flux and the sea surface temperatures exhibit coherent space-time variations with the monsoon deep convection, the crucial process affecting the onset and the active-break cycle of the summer monsoon. The AS, in contrast, is cold and salty featuring deep mixed layer sustained by the atmospheric Findlater Jet, resulting in unstable boundary currents, coastal upwelling, and a high level of eddy activity. With large amplitude horizontal gradients of the surface temperature and currents, the AS is home to a strong boundary layer air-sea coupling, whose impacts are seen in changes in the energetics of the AS current system, the structure of the Findlater Jet, and the monsoon rainfall over India.

While the Indian Monsoon has been studied extensively for decades, many unresolved issues remain, especially as to the role of the ocean-atmosphere interactions in the Northern Indian Ocean. The two types of air-sea interactions existent in the BOB and the AS must affect the monsoons in different ways. Knowing their dynamics and impacts would be of tremendous interest to the Navy as it is related to the forecast capability of the oceanic flows and the marine meteorology in this region of frequent maritime operations. The Office of Naval Research has sponsored several observational field campaigns in the Indian Ocean. There remain many opportunities for systematic model-data synthesis studies to use these observations to elucidate the origins and dynamics of the observed coupling and to improve their representation in the forecast models. I propose to bridge this gap by synthesizing the analyses of measurements with the organized modeling efforts to achieve reliable and accurate forecasts.

By identifying the spatio-temporal scales of the air-sea interactions that most strongly affect predictability, the proposed study will help to design an optimal sampling strategy and to interpret the observational findings from the ONR-sponsored field experiments in the region. I also expect this study will benefit the Navy’s simulation and forecasting effort to solidify the practical framework for extended-range forecasting capability. I expect the proposed diagnostic analyses and numerical modeling results to be transferrable to other oceanic regions of strong air-sea interactions and the Navy’s interests, including the ice-covered high-latitude oceans and the shelf, coastal and marginal seas. 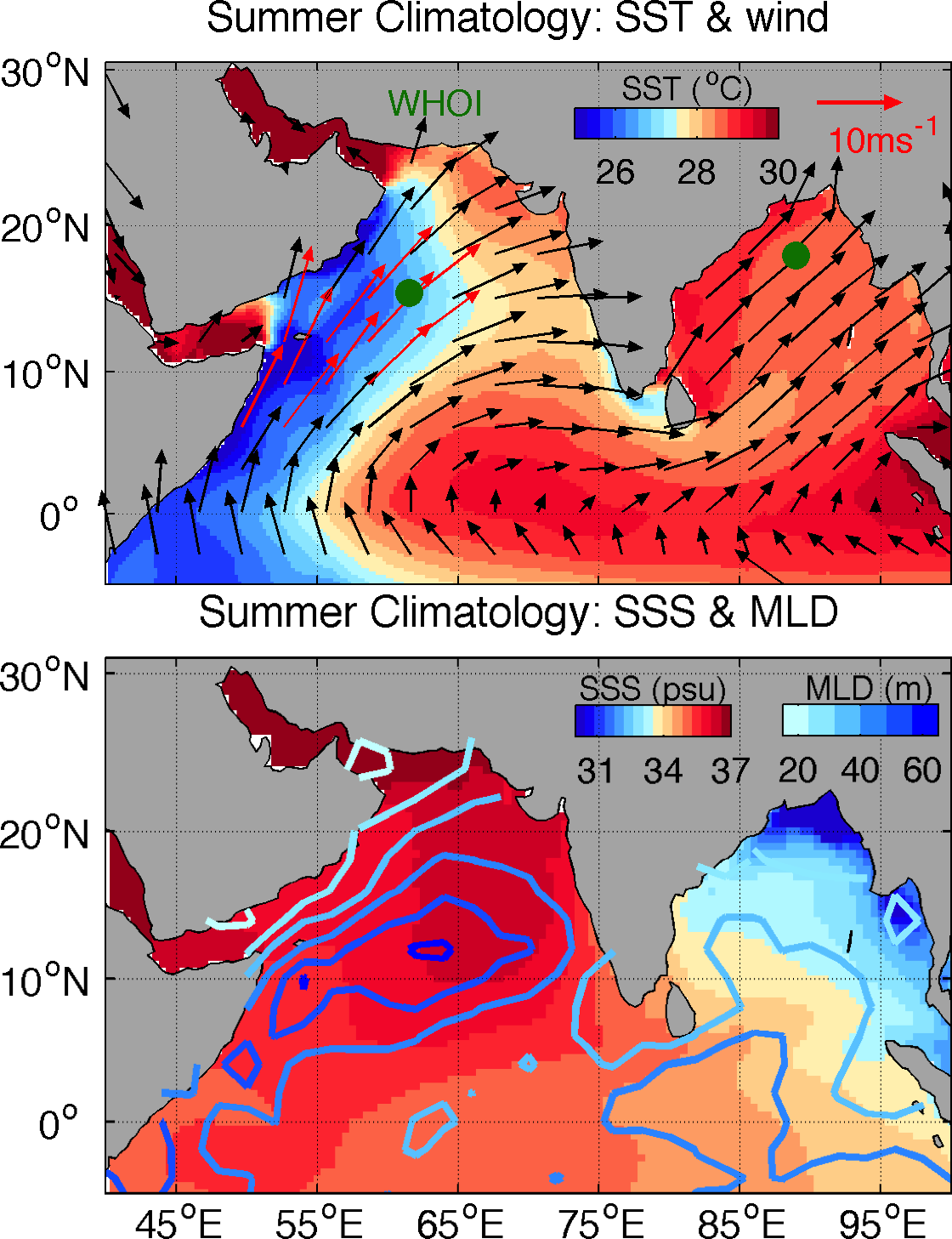