NSF CLD/PO: Decadal Variability in the North Atlantic Extra-Tropics: The Role of Coupling Between Atmospheric Blocking and the Atlantic Multidecadal Oscillation (2014-2019)

Intellectual Merit: This project will investigate interactions across a range of timescales of the three most important modes of North Atlantic variability, namely AMO, East Atlantic Pattern (EAP), and North Atlantic Oscillation (NAO): The AMO is the leading mode of the region’s SST; the NAO is the dominant mode of atmospheric variability in the North Atlantic sector, which exerts enormous influence on the North Atlantic ocean circulation; the EAP is a characteristic pattern of atmospheric blocking in the Atlantic sector, which not only influences mid-latitude mean climate, but is often associated with extreme events, such as heat waves and droughts. We will develop a mechanistic understanding of the relative role of the oceanic versus atmospheric forcing for the existence of the observed multi-decadal co-variability in the ocean-atmosphere system of the North Atlantic. Atmospheric blocking characteristics in the North Atlantic sector will be evaluated, along with the oceanic co-variability, across a range of timescales in reanalysis products and existing climate model simulations by the National Center for Atmospheric Research. While previous studies suggested that a realistic mean state of North Atlantic variability is crucial in simulating blocking in the North Atlantic sector, state-of-the-art coupled models still suffer from significant mean biases in their simulations, e.g. overly zonal North Atlantic Current. We therefore also propose a suite of uncoupled simulations with atmosphere and ocean models, in which a realistic mean state of the boundary conditions is constrained, to test whether (1) low-frequency variations in the blocking-related EAP and/or NAO originate from oceanic variability associated with the AMO and (2) EAP and/or NAO drive decadal ocean variability, including the AMO. To achieve our goal, the key lies in the simultaneous investigation of both atmospheric and oceanic components of the climate system, while previous research has often been conducted in separate research communities.

Broader Impacts: Given the impacts of North Atlantic variability on societies in Europe and North America through extreme weather events, such as severe extra-tropical storms, heat waves, and atmospheric rivers, improved understanding of decadal modulations in the ocean-atmosphere system of the North Atlantic is desirable. With extreme events often associated with sustained blocking episodes in North America and Europe, improved understanding of low-frequency variability in these phenomena have potential implications for decadal predictions and thus clear societal importance. We currently lack the understanding of the explicit link how low-frequency oceanic variability manifests in atmospheric conditions of importance to society, which is crucial for improved predictions. As such, the proposed research will benefit the climate community effort on decadal predictions. The project also provides an opportunity to educate the next generation of climate scientists, by (1) training a graduate student in the atmospheric, climate, oceanographic sciences, as well as state-of-the-art climate modeling; (2) entraining undergraduate students into the project by providing them with hands-on experiences in original research at no cost to the proposal through various undergraduate research programs, such as the Significant Opportunities in Atmospheric Research and Science (SOARS), the Woods Hole Oceanographic Institution (WHOI) Summer Student Fellow or the German Research Internships in Science and Engineering (RISE) program. Research findings will be disseminated to the general public through outreach efforts, such as WHOI Ocean Science Exhibit Center talks “Science Made Public” or visits by science teachers as part of the Woods Hole Science and Technology Education Partnership. 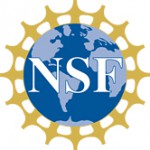