The goal of the project is to examine the impacts of oceanic fronts, mesoscale eddies, and sea ice distribution on simulation and prediction of the extratropical storm track in the Southern Ocean. Particularly pronounced in the Southern Ocean and bearing relatively long persistence time- scales of weeks to months, the ocean mesoscale variability and the coupled processes arising at the air-ice-ocean interface can influence the intensity and position of the storm tracks and hence the predictive skill. However, the detailed understanding of the physics of coupling and impacts on predictability is lacking.

This proposal concerns how these small-scale oceanic and sea ice processes can create and maintain persistent horizontal temperature gradients at the sea surface and within the lower atmosphere. The storm track then reacts to the low-tropospheric baroclinicity resulting from the lateral temperature gradients, the primary energy source for extratropical cyclogenesis. It is hypothesized that this ocean/ice-forced storm track variability is a significant process for predictability, especially on subseasonal to seasonal (S2S) timescales (weeks to months). To address this question, this study will use a new high-resolution regional ocean-ice-atmosphere coupled model (MITgcm-WRF), recently developed at Scripps. The MITgcm, the ocean/ice component of the coupled model, is being used for various Southern Ocean studies, including the Southern Ocean State Estimate (SOSE), and more recently B-SOSE (including biogeochemistry). The state estimate from the MITgcm will enable detailed diagnostic and predictability studies of the atmospheric fields in WRF, which will, in turn, help to improve the quality of the ocean state estimate by better representing atmospheric forcing field and air- sea-ice interaction. Therefore, not only will this study explore the predictability in the Southern Ocean, by doing so, the results will also be helpful for the design of future SOPs, and therefore motivate major collaborative proposals. 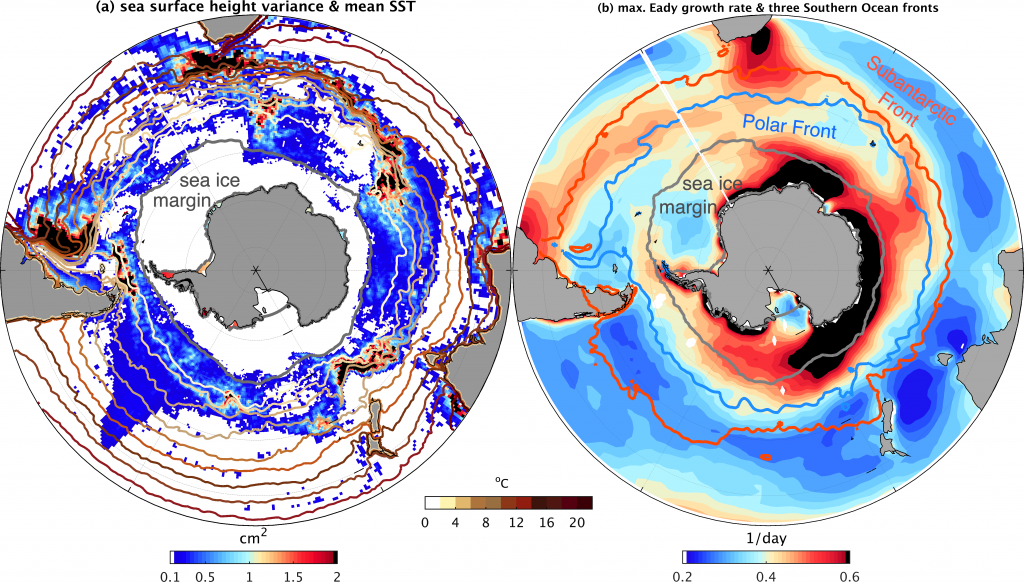